The European clothing industry plays a crucial role as an ambassador of cultural heritage and creativity around the world. Although the industry is mostly associated with the fashion sector, the production covers such products as leather clothes, articles of fur, knitted and crocheted apparel, but also among other things – workwear and protective clothing. The clothing products made in the EU are exceptional regarding the respect of the environment, consumer safety, and labour rights. Due to the character of the production, the industry is strongly connected to both textiles as well as leather sectors.

Position in the global market

The clothing industry in 2018 realised a turnover of almost EUR 80 billion, with exports reaching almost 27 billion EUR. The European clothing industry is the second biggest exporter, after China, representing 29% of the global market. As per category of exported goods 40% are womenswear, followed by 23% for menswear.

The countries with the largest clothing industry in terms of production value are Italy, Germany, France, Spain, and Portugal, which together are responsible for 75% of the total EU production value.

The textile industry in Europe

The sector employs in total over 1.1 million workers across Europe in 130,000 companies, out of which 99% are small or medium-sized companies. The largest countries in terms of clothing industry employment are Romania, Italy, Poland, Bulgaria, and Portugal. As per gender balance at the workplace, the clothing industry is dominated by women (81% of all workers). 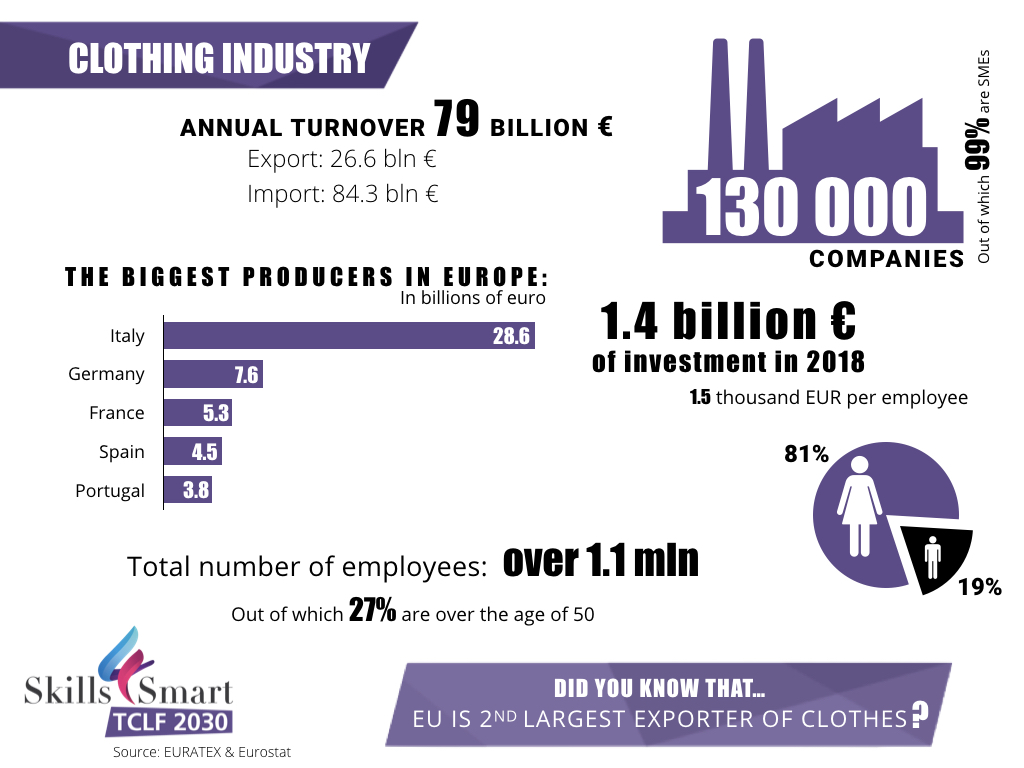